Got a younger girl? Teen girl? Grown women where are you? Check out this podcast & listen to its first podcast release. 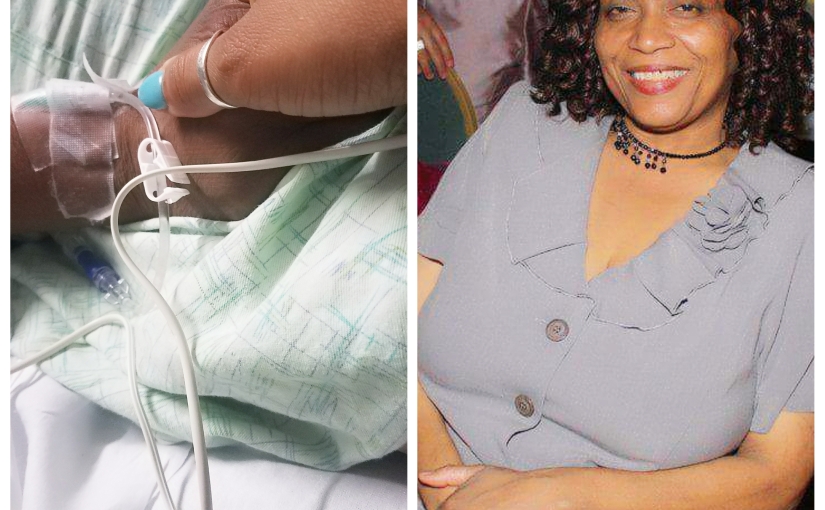 It wasn’t until I really sat and thought about it, that I realized that I’ve been watching a miracle unfold my entire life. I’ve heard about things that this woman went through long before I was born, that would completely have torn most people apart. I’ve watched for the last 12 years as God’s grace and consistency carried this woman from day to day, overcoming physical, mental and emotional breakdowns, all while she says, “God must have His hands on me, and I’m going to trust in Him.” That woman is my mom.

“I was born first, then right after me came my twin brother, Patrick. They couldn’t get his blood pressure up, and he died 45 minutes later. I always felt like it was my fault.” In my mom’s early years she kept to herself, only really associating with a few siblings and her parents. With her demeanor at times, some could categorize her as a bully, but deep down it was something more than just being angry. “I just felt like a part of me was missing. I was missing my twin brother, Patrick.”

With the issue of not being able to hear well, this placed some struggles before her. Not being able to conduct conversations well contributed to her not wanting to really interact with people. Some of the few people that she did associate with weren’t exactly the best of crowds, with one incident almost costing her her life. “This girl thought that I was talking to her boyfriend, and she pulled a gun out on me. When she pulled the trigger, the gun didn’t go off. God just had His hands on me.”

Later on, God placed someone in her life who, unknown to her, would play the most instrumental part in her life. “His name was Michael Frink, and I always tried to avoid him. I just thought he was strange with those funny-looking, light brown eyes. I use to say when I saw him in the hallway, what kind of black boy has eyes like that?!”

She may not have wanted him, but he certainly had eyes for her. With persuasion and courtesy, he was able to convince her to go out with him and the two started dating. “He was just so nice and sweet. I don’t know how he put up with my mean self.”

As time went on, the two married. It was later that the worse news any couple would

ever want to hear happened. “I was working at the nursing home, lifting stuff and didn’t even know I was pregnant. I had a normal cycle and everything, but I was actually pregnant and I lost him. His name was going to be Patrick Richard Frink, but he didn’t make it.” Three years later, God turned around and blessed them with a baby girl, me! “Michael Frink told me to put my job down because we were going to have this baby. I told him that I was going to quit not because he told me to, but because I wanted to and so I sat down a whole year.” When it came time to deliver, the process was life-threatening. She was unable to have me naturally, and her blood pressure was shooting to dangerous levels. “They couldn’t get me to calm down. They had to call my sister in to get me to relax, if not neither me or you would be here.” After a careful C-section, I was born. Both of us well.

Lost of Husband and Dad

December 15, 2004 my mom got the shock of her life. “I remember just calling his name, he never answered me. I flipped the light on, I saw him and I knew he was gone.” He had died of a heart attack. It was on that day that my mom’s entire lifestyle changed. Her health slowly, but surely began to fail. “He did everything for me; hear for me, did my medicine, helped me take care of important stuff. What was I suppose to do with a 10 year old?” Depression began to overtake her, so much so that she began to hack away at her own health. With constant sky high blood pressure and out of control eating, she was starting to grow weak and her body was showing it.

In the summer of 2009, my mom noticed a black mole on her toe, unbeknownst to her, it was the start of gangrene. “Overtime it just got worse. Two of my toes kept bleeding and I kept changing socks. I would wear two pairs of socks just to keep the blood from soaking through.” When it became too much for her, she finally told me. When my aunt came to see it, it was horrifying. The smell was so potent that on our way out the door to the hospital, the aroma was still in the room. Doctors told us that if she had waited ONE MORE WEEK, she would have died. The only thing that was suppressing the infection from spreading faster was an antibiotic that she received from her doctor for a lung infection.

Arriving at the hospital, they concluded that her whole foot was already dead, and planned to amputate it. However, within hours she started to feel intense pain, symbolizing that her foot was alive! Due to the damage of the infection however, they ended up only having to remove two toes.

Being A Caregiver Then Losing A Friend 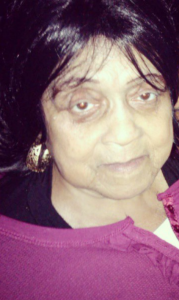 Even through her own sicknesses, my mom had a heart to do one thing, take care of her mom. “My mom was my best friend. She didn’t even know it sometimes, but she would counsel me when I would get depressed.” As time developed, her mom’s congestive heart failure started to become too much. Unable to be placed on dialysis, her mom soon passed away in the comfort of her home, surrounded by her loved ones. “That was hard for me because that was my best friend. That was my life.”

A few years later, my mom was diagnosed with Congestive Heart Failure, herself. Following that came being a dialysis patient. This was hard for her because she had to learn how to alter her entire life around dialysis. That first year really took a toll on her body and caused her to seep into a more depressed state.

One final trip to the hospital led her family to make a life changing decision. Doctors

claimed to have found a blood clot in her lungs. In order to have seen it better, they would have needed to shoot a chemical into her system that would help them see the issue. The downfall of it was that 75% of the people that underwent this test ended up in total kidney failure and her kidneys were only functioning at 6%. We had to choose between taking that risk and treating it, with the possibility that it could put her in total kidney failure, and she’d begin to slowly die or let doctors treat it the best they could, with the high risk that she could have a heart attack and end up in a vegetative state. When we made our final decision to proceed with the test, we all began to sincerely pray. The next morning, we got a call saying that it WAS NOT a blood clot, but actually a small case of pneumonia.

I use to sit back, watching God and wonder, “What are you up to?” He began to reveal to me that everything my mom couldn’t do or was afraid to do, he was removing that fear from her. She started speaking out loud in conversations, laughing more, and our relationship was blossoming and growing. Everything that was taking place, God was allowing it to show her that He is able to sustain her. “I’m praying that God will keep showing me the way. I may not be able to walk good and sometimes my speech gets messed up because of my strokes, but I’m still here.”

Talk about a W.A.V.E! She has survived:

All I can say is God is amazing! I don’t know many people who have survived ALL those things and lived to tell about it, but my mom will be able to continue to show the miracles of God as she celebrates 57 years of life June 27th!